Inspiration in Mayfair on MONDAY 5th of February 2018

Home/Events, london/Inspiration in Mayfair on MONDAY 5th of February 2018
Previous Next

Inspiration in Mayfair on MONDAY 5th of February 2018 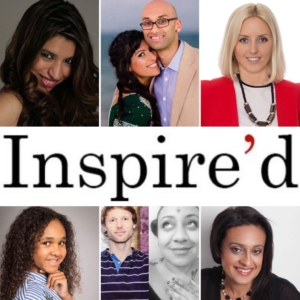 We would like to invite you to Inspire’d Stage event on Monday 08.01.2018 @19:00 in Mayfair to celebrate together our 4th anniversary and first edition of the year!

We have a phenomenal line up for you including:

Kurly Marwaha is an accomplished Feng Shui Master who is respected for bringing a fresh educational style approach, which teaches and supports clients with the implementation of Feng Shui, through to achieving tangible results. Kurly began her journey with Feng Shui 29 years ago. Feng Shui not only healed her own body of debilitating childhood illnesses, but also started her achieving goals. Having completed a stint in the corporate world as a top executive assistant, she has since professionally worked with many and diverse clients globally to help them achieve an equally varied range of goals and results for themselves personally, professionally and organisationally. Kurly is passionate about taking the mystery out of Feng Shui to bring it into the mainstream so people understand that Feng Shui is a powerful way to empower them and their goals in life. Kurly is known for guiding people to powerful breakthroughs, and will be talking about the energy of the Earth Dog year which begins in early February.

Inspiring Vanessa is not your average 11-year-old girl. She is an international multi-award winning Motivational Speaker, Kid-preneur, YouTuber, Artist and Author of a book – The 5 Secrets to Public Speaking Success and Audio book – the 12 keys to Success. Vanessa’s mission is to inspire children and adults around the world to believe in themselves and have the courage to be whoever they want to be. And help homeless people by creating a “Hotel for Homeless” Vanessa has been trained and mentored by several top International Speakers and has shared the stage with the likes of Jairek Robbins, Eric Thomas, Eric Ho, Caleb Maddix and Douglas Vermeeren speaking in front of thousands of people. Also been interviewed on London Live TV, appeared in local newspaper and If you are looking for an inspiring, refreshing and powerful speaker then Vanessa is guaranteed to make a big impact. Vanessa lives for personal development and has more charisma and wisdom that most adult speakers out there! Vanessa’s signature topics include: Mindset; Inspiration; Motivation; Love and Fear, Taking Action and Self-Belief. Her awards – Fearless Speaker Certificate – August 2016, Inspirational Young Persons Award  -October 2016, Award of Appreciation- November 2016, Croydon Council Award for Good Citizen – March 2017, Master the Stage Certificate- May 2017, Volunteer of the Year 2017 – Hgiving Charity, Rising Star Award 2017
Favourite quote – made by Inspiring Vanessa
“life is like a flower, so try and keep those petals on” – it means that each petal represents stages of our lives, once we were a child and that petal falls of you can’t take that time back again, so use your time wisely.
Olga Frankow is a Relationship Coach, Speaker and Bestselling Author.
Having been in an unhappy relationships herself, Olga found her happiness with her husband of 5 years.  Her marriage taught her to not underestimate the importance and the effect of a happy relationship on people’s lives. Now Olga is fully committed to sharing her and her husband’s experience of personal growth as a couple, with others. She coaches single women and couples who want to rebuild trust in romantic relationship. Her mission is to reinforce the power of loving connection in the modern society. She believes, no matter the past, everyone deserves a happy tomorrow filled with love and passion. Originally from Ukraine, Olga has lived and worked in multiple cities across four countries, which allows her to work with people from different cultural backgrounds.
Ollie Trew is a connection coach who describes himself as a spiritual catalyst, passionate about helping people to get back to who they really are & what they love to do. Ollie is no stranger to living his own purpose having successfully started his 3rd business as a coach after a career as professional beatboxer & a film producer. Coming 5th in the UK beatboxing championships he has been lucky enough to perform all over the country, on the television and in international adverts. He now travels the world helping people to connect better with themselves & what they love no matter who they are & what their background is.
Sheree DuBois is a multi-versed Creative Artist from London. Emerging from adversities, She  is mostly self taught, has found ways to overcome permanent injuries & managed to pave her own path in the creative industry without ever having an agent. How has she created this?, through her philosophy of “making cons into pros”.
From singing on west end stages, to writing & composing alongside noted choreographers, and vocal coaching to designing album art, she is a force of creativity & hopes to inspire the world through her expression.
Some credits include:
_Blue Peter Proms (BBC), National Movie Awards (ITV), Kidz Bop UK (Universal Music Group), Xmas Concert Tour with Cliff Richard, Sunday Night Live at London Palladium, Zoonation: The Kate Prince Company’s “Some Like It Hip Hop” & Supporting Tour, The Royal Opera House’s “The Mad Hatters Tea Party,” The Melody Film (2018)_

THE WILDCARD! As always, our line up could also include YOU! The Wildcard slot is chosen from our audience from those that are wanting to speak on the night – these are ALWAYS magic – could it be you this month?!

Our loving host is: SHAY ALLIE

We look forward to seeing you all!

Receive the best content in Personal Growth – including exclusive offers, and free seats to world-class online events. Sign up below.